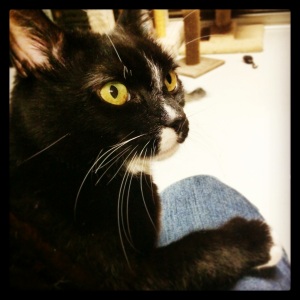 Bandit is looking for his forever home!

I haven’t written much about the volunteer work that I do, but since I’ve gotten to know the cats and people at Furry Friends, I’ve decided to let the cat out of the proverbial bag.  Furry Friends is a no-kill non-profit cat rescue organization in Vancouver, WA, that houses and fosters cats that need to be adopted.  I volunteer every Sunday morning, helping to clean up the “halfway house” and socializing with the cats.  Some of the cats have been at the halfway house for a long time, but they are all looking for their forever homes.  I’ve decided (and I hope with the blessing of Furry Friends) to occasionally highlight some of the current halfway house residents to help these sweet kitties find the human companions that they need and deserve.

With that, today’s lucky kitty is BANDIT!  Bandit will run away with your heart if you let him, because this little tuxedo is a charmer.  I chose to highlight Bandit because he is such a sweetie and he needs to be adopted by someone who loves to give and receive affection.  A couple of things about Bandit: first, he has been in the halfway house since March of 2014.  He is neutered, and was born in December of 2007, which makes him almost 7 years old.  He does have a limp in his front left leg caused by arthritis, for which he is taking cosequin (a joint supplement).  Here are a few PAWESOME things about Bandit:

Here are some more pictures of Bandit that I took this morning.  If you are in the Vancouver/Portland area and would like further information on meeting Bandit, please let me know, or contact Furry Friends!  They would love to hear from you, and I’m sure Bandit would just love to meet you, too! 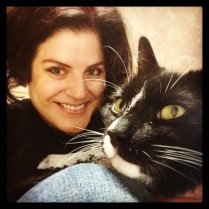 Bandit was adopted!  On Sunday, August 24, Bandit went home with his new mom, Cynthia.  He’ll have an older feline brother, Taz, and will be very loved.  And the best part is that since Cynthia is my mother-in-law, I’ll get to see him occasionally!  Win-win-win!  Thanks, everyone, for your support and efforts to get this little guy his forever home! 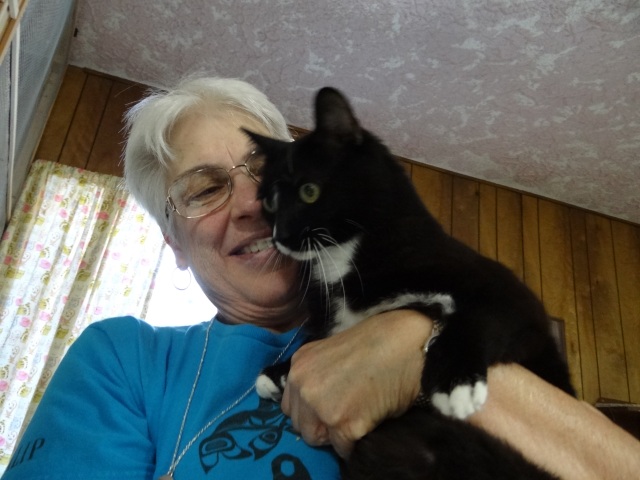 19 thoughts on “Meet Bandit: He wants to steal your heart!”