The end of summer is nigh…and there is so much to catch up on from just a few days of traveling!  And since a picture is worth a thousand words, probably the best way to tell you what Chris and I have been up to is to show you what we’ve been up to.  How’s that?  This post will be mostly about the trip we took at the end of July, which we split between Seattle and San Juan Island.  Ready for the recap?  Swell!

First up, Chris and I stayed at Tulalip for three nights so that we could [both get pedicures and] attend his high school class 20th year reunion in Seattle.  It was weird – even though I didn’t know anyone there, I could still see all the cliques and kind of tell who was who.  Everyone was trying to impress everyone else.  I can’t say that I’m terribly disappointed that I missed mine last year; between Chris and me, one 20 year reunion was enough!  But Chris was happy that he went because catching up with a couple of old close friends was worth it. 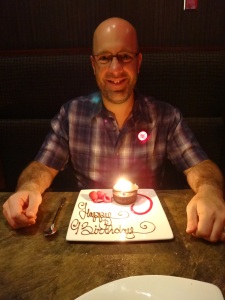 The next day was Chris’ 38th birthday.  Now he’s only two years younger than me and can’t make fun of me for being super older than him.  I took him out to a really nice dinner, because I’m sweet like that ❤

We spent Sunday traveling over to the San Juan Islands.  We caught the ferry at Anacortes and took it to Friday Harbor on San Juan Island proper.  The weather couldn’t have been more beautiful!  We stayed at a nice little bed and breakfast right downtown, where we had our own little apartment complete with private hottub and magically-appearing fresh-baked cookies.  And the breakfasts were Ah. Maze. Ing.  Nom nom nom!

One of the highlights of our trip was taking a five hour sea-kayaking tour.  There were only six of us on the tour, plus our guide, Owen.  We left out of Roche Harbor and kayaked completely around Henry Island, which was about 11 miles in all.  The weather was completely fantastic – sunny, a slight breeze, and warm.  We saw a pair of bald eagles, and a little red fox joined us on our lunch break.  We also saw plenty of harbor seals, but whenever I got my camera out, they dunked underwater.  Why do they have to be such camera haters?  The most amazing part of the trip happened about halfway through our day when we saw approaching orcas – K-pod, to be exact.  I don’t know how many we saw, but they did come fairly close; one female swam under our kayaks to get to a younger orca that was headed toward us along the shoreline.  It was really cool being so low on the water, watching them surface and blow, and even breach.  It was Chris’ first time kayaking (my second) and I’d say it was a success! 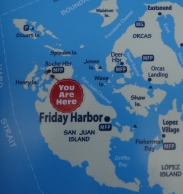 But wait!  There’s more, yes, still more!  The final full day of our vacation was spent driving around the Island, stopping wherever we thought would be interesting.  We saw both English Camp (hip hip hooray!) and English Camp (sad) AND I got my NPS passport stamps at both places, we stopped for an unexpected visit to some tidepools, said hi to a few shy alpacas, were astounded (and slightly dismayed) by the gastrointestinal parasites of pinnipeds at The Whale Museum, and bought a few treats at a lavender farm (the lavender ice cream was nom-tastic).  Here’s a quick tour! 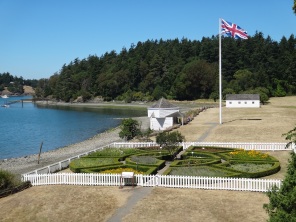 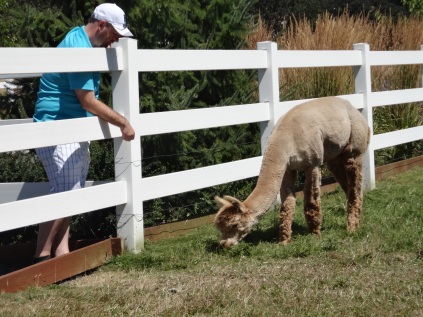 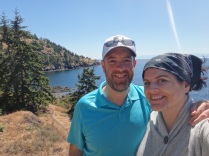 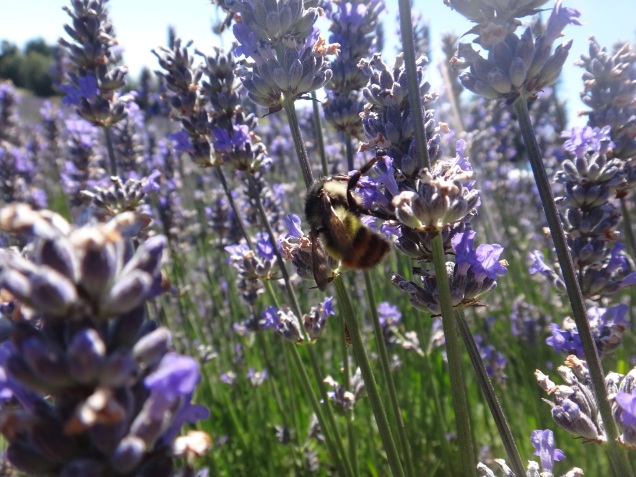 Thanks for joining me on my little vacation retrospective.  We had a great time, plus I got to meet this guy and his dog! 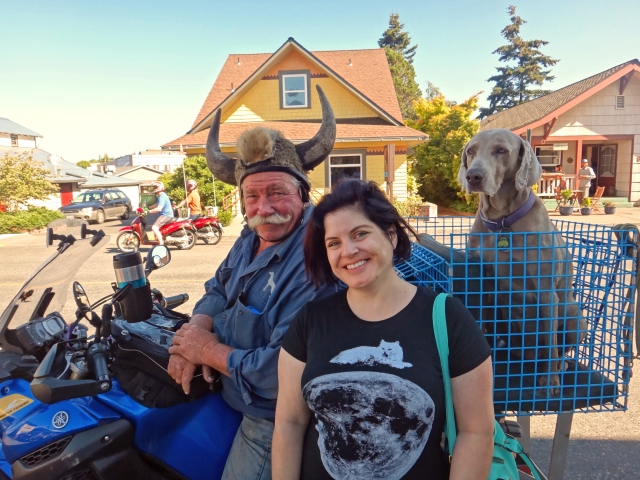